» The Garden, A Master Teacher – An Essay 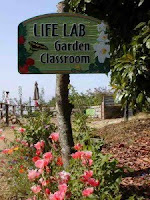 In our responses to the editor of The Atlantic we ask that they publish The Garden,  A Master Teacher written by a Life Lab Camp parent Kristen Berhan.

Kristen writes:
One of the complex questions I have been living is the question of education. This is a question that has grown within me from my own education in the public school system and now ripens as I have the stewardship of nurturing my own four daughters. For their sakes, I have waded through the war-zone of educational philosophies with the cross-fire so thick that I could not clearly see who was wrong or who was right. At last I came upon a place of peace, where Dewey, Montessori, Steiner, Mason, Rousseau and Froebel all seem to call a truce. I have found a place where public schoolers, home-schoolers, and private-schoolers can amicably co-exist. This higher-ground is in the garden. Read more…

Long before Alice Waters gummed her first bite of solid food educational experts had been hailing the value of the garden as an instructional tool.

Where schools are equipped with gardens … opportunities exist for reproducing situations of life, and for acquiring and applying information and ideas in carrying forward of progressive experiences. …..they [gardens] are a means for making a study of the facts of growth, the chemistry of soil, the role of light, air, moisture, injurious and helpful animal life, etc. …Instead of a subject belonging to a peculiar study called ‘botany,’ it will then belong to life, and will find, moreover, its natural correlation with the facts of soil, animal life, and human relations… – John Dewey, 1944, Educational reformer whose ideas have been very influential to education and social reform.

When he [student] knows that the life of the plants that have been sown depends upon his care in watering them … without which the little plant dries up, … the child becomes vigilant, as one who is beginning to feel a mission in life. – Maria Montessori, 1912, her educational method is in use today in a number of public as well as private schools throughout the world.

The pupil will get the clearest insight into the character of things, of nature and surroundings, if he sees and studies them in their natural connection … the objects that are in closest and most constant connection with him, that owe their being to him … these are the things of his nearest surroundings … the garden, the farm, the meadow, the field, the forest, the plain … Instruction should proceed from the nearest and known to the less near and less known. – Froebel, 1826, helped lay the foundation for modern education based on the recognition that children have unique needs and capabilities. He developed the concept of the “kindergarten”, and also coined the word now used in German and English.

The garden furnishes abundance of subject matter for use in the composition, spelling, reading, arithmetic, geography, and history classes. A real bug found eating on the child’s cabbage plant in his little garden will be taken up with a vengeance in his composition class. He would much prefer to spell the real, living radish in the garden than the lifeless radish in the book. He would much prefer to figure on the profit of the onions sold from his garden than those sold by some John Jones of Philadelphia. – George Washington Carver, an American scientist, botanist, educator and inventor whose studies and teaching revolutionized agriculture in the United States.

And now for my own words.

As a garden educator I have seen most of the documented experiences that school gardens provide. Kids begging their parents to serve them beets, an increase in student directed learning, and a better understanding of the basic elements that sustain us all (sun, soil, water, and air everything we eat and wear) are all common in a school garden. One experience I had stands out among all the others.

I asked my group of third graders visiting the garden to go around and state their name and favorite fruit or veggie. We got to one child who said nothing and after a short pause the other students were quick to offer “Marco hasn’t said a word at school yet… He’s from Guatamala, he’s only been here a month”. This also explained the special aid that accompanied him.

In the garden while the students were encountering the garden’s lessons, more numerous than all the pages in their text books, Marco hadn’t gone far. He was standing above a patch of strawberries, head hung low towards the dew covered leaves. I knelt down to his level, picked a berry and offered it to him with one word “fresa”. A grin came across his face as he reached for the berry and replied in a tentative voice “fresa”. Then together we said the word “strawberry”. I looked up and saw his aid behind him with tears in her eyes.

The author of Cultivating Failure, is well educated. I invite her to come for a lesson in Santa Cruz, CA and visit the some of the longest running school gardens in the country. I invite her to speak with the teachers, administrators, parents, and students who value gardens as instructional tools. I invite her to taste a soil born – sun sweetened – Alice Waters preaching – life changing – school garden grown strawberry.

I ask The Atlantic to publish The Garden, A Master Teacher as an alternate view to what was documented in “Cultivating Failure”.
– John Fisher, Assistant Director Life Lab Science Program

Education Director Whitney Cohen wrote:
Caitlin Flannigan’s “Cultivating Failure: How School Gardens are Cheating Our Most Vulnerable Students,” demonstrates a frighteningly limited understanding of both education in general, and the role of school gardens therein. A powerful school garden program is not, at its core, simply designed to grow new foodies. Rather, the best school gardens are used as an instructional tool, much like a science laboratory or a computer lab, in which academic learning comes alive.

I taught for 5 years in a middle school where 69% of students were English language learners, and 74% were low income. When given a standard prompt from their textbooks, getting a paragraph out of many of my students was like pulling teeth. Upon returning to school, however, to reflect on a 3-day overnight field trip to a lighthouse and tide pool sanctuary, I could not get these same students to stop writing when the bell rang. They were writing because they had something to say. As a writer and former teacher herself, I would expect Flannigan to understand this fundamental concept in education: You cannot teach English and math effectively in a vacuum, devoid of meaningful content. School gardens, much like field trips to state parks or discovery museums, provide a meaningful context in which learning is brought to life. I taught a significant portion of my science classes in a school garden and other local habitats, engaging students in hands-on, project-based learning. My students’ scores on California’s standardized science tests far exceeded the overall state average and were more than double the state average for schools with similar demographics.

Like Flannigan, I am skeptical of educational reforms based on the whims or personal interests of influential celebrities and administrators, especially when the futures of our most vulnerable students are at stake. And yet, Flannigan is faulty in her assumption that school gardens are new and un-researched “fads.” School garden programs have been a part of American education at least since World War One. In fact, in the early 1990s, prior to any high profile celebrity endorsements, the National Science Foundation (NSF) funded the creation and national dissemination of Life Lab Science, a garden-based science curriculum. As this curriculum took hold, it became clear that the impacts on English language learners went beyond science learning and, in 1997-1998, a NSF-funded study measured statistically significant growth in students’ standardized test scores in English language proficiency, reading, and math in classrooms that utilized a garden as a context for learning English. Today the benefits of garden-enhanced learning are continuing to be researched and, in 2007, the Journal of the American Dietetics Association (JADA) documented the positive impact of school gardens on students’ attitudes toward and consumption of fresh fruits and vegetables.

Flannigan asks her readers: “What evidence do we have that participation in one of these programs—so enthusiastically supported, so uncritically championed—improves a child’s chances of doing well on the state tests that will determine his or her future?” I would ask Flannigan first to take into account all of the evidence that she omitted from her article, as it is not my impression that either the NSF nor JADA takes research-based evidence lightly when highlighting new “fads.” I would then ask her to consider a more fundamental question: Are there not factors beyond standardized test scores that might also impact these children’s futures? Would a high test score, for example, remedy a case of Type 2 diabetes or a planet that is no longer suitable for human habitation?

School gardens certainly do not provide a comprehensive means of closing the achievement gap for all students in all schools. Research and personal experience, however, have convinced me that, in conjunction with other traditional and innovative educational practices, gardens provide one of many effective means of contextualizing academic learning, improving students’ nutritional habits, and helping them to understand the connection between human survival and the natural resources – soil, earthworms, water, etc. – upon which we depend: an understanding that may, in the years to come, prove to be more important than any other in determining these students’ futures.
– Whitney Cohen, Education Director Life Lab Science Program

View Caitlan Flanagan’s  Cultivating Failure: How School Gardens are Cheating Our Most Vulnerable Students published in The Atlantic.

Error: (#803) Some of the aliases you requested do not exist: LifeLabScienceProgram
Type: OAuthException
Code: 803
Please refer to our Error Message Reference.

Stock up your Garden Classroom Sowing the Seeds of Wonder The Book of Gardening Projects for Kids Thank you for such a wonderful field trip experience! Your leaders did such a great job at keeping our kids engaged.

Terry had another awesome two weeks at Life Lab. I think he learns more there than in any other part of his year. School is great, but he’s passionate (and often dogmatic) about what he learns there.